Rolling in the Deep

You are here:
BlogVideos 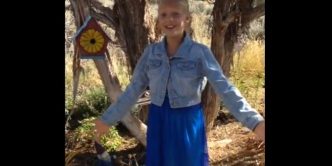 Rolling in the deep was the first song I ever really practiced. My mom says that I probably sang it over 1,000 times before the America’s Got Talent audition in November of 2013. I was 9 years old when I had my America’s Got Talent audition. My birthday is in November. So I asked if I could attend the live auditions in Denver as my 10th birthday present.

My mom and I went to the America’s Got Talent auditions in Denver on a really cold day. The temperatures were just above zero degrees and there was a brutal wind blowing. We parked a few blocks away and walked to the convention center in downtown Denver. 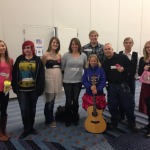 There were a lot of people already there. Even though we pre-registered, we waited about 45 minutes to be admitted to a large waiting room. Once we were there, I waited another three hours to audition in front of the judges.

The judges are not the celebrity judges you see on America’s Got Talent. They are hired by the show’s producers. I auditioned with 8 other singers who arrived at the same time as I did. 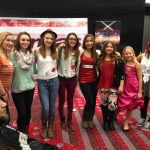 Aaliyah Rose is to my left in this picture.

While we waited to perform for the judges, I walked around the room and met tons of people who were there to audition. The people were really nice. I met Aaliyah Rose, who was later asked to perform at the Radio Disney music awards. We became friends on Instagram. I have loved watching Aaliyah Rose achieving all those great things. 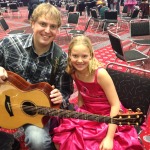 I also met Clint King, who is a country western singer. He was one of the most talented performers in our group.

I had a fun time at the 2013 auditions for America’s Got Talent. But I wasn’t selected as a finalist. That’s o.k. because I met a lot of nice people and had one of the best days of my life!